The Election Effect: How Will The Presidential Election Affect The (St. George) Real Estate Market?

Before we get down to brass tacks, I want you to know that:

Now on to the serious business!

Look, a lot of people have concerns. A lot of you said if Trump or Clinton were elected last time you were leaving the country. No one left—not anyone we wanted to leave. By the time you watch this video, the election will likely be decided or largely decided. Right? But how does the outcome of the election affect real estate? Well, guys, I’m going to answer that for you today, or at least share what we predict. The first thing we need to understand is what we should expect in the fall. Okay? Let me run you through some of this data. This is data that I personally pulled from the Washington County Multiple Listing Service. This isn’t data I got from some website or googling Forbes.com. This is data we pulled locally. What we did is, we looked at what happens in the fall of each year. What would we expect?

Well, what we expect is the following. October, November, December sales looked pretty strong year over year. Only in January do they dip. So from ‘16, when we had a presidential election, sales did not dip until January, and they dipped by 20% in the month of January, from October to January. In ‘17 and ‘18 they dipped 18% in January. They were largely the same all fall and into December. From 2018 to January ‘19 sales did dip in December, but by and large they dipped mainly in January.

Last year sales were again strong in October, November, and December. This is the total number of homes sold in our Washington County Multiple Listing Service, but they fall an average of 20% in January. Why? Well, in November and December people get caught up in this thing called the holidays. Right?

Getting their turkeys ready, and planning travel, then actually traveling, and then having Christmas, and we do our Basket Brigade and we feed families, and people are busy. What happens is, we see this falloff of 20% that is seasonal in Washington County. Now, let me share something with you. Nationally, sales only fall by 9.8% in November and December. This is real data from some national think tanks. But we took it a step further: Where do they fall in January? In election years sales fall by 15%. So we know that there’s a consumer confidence issue regardless of who wins the election because there’s uncertainty. Sales fall typically 10% in the fall. They fall another 5% because of an election, and in St. George we see that they’ve been falling about 20% into the winter. Okay?

Number three, Washington County shows a bigger swing. Our swing is bigger than the national average. Right? Number four, these decreases in volume are temporary. Alright? So here’s what’s happening guys. When we answer this question, “How does it affect real estate?”, my data says that it probably won’t affect it a lot, and I’ll make a little prediction here for you. Okay? The prediction is this. Here in Washington County, Utah we are a magnet right now for people leaving the craziness, and I actually meant crazy, as in the definition of crazy. Happening in California, Portland, Oregon, Seattle, Washington, all of those. By the way, Wisconsin, Minnesota, Minnesota, New York City, any of these really, really crazy cities with a lot of wild politics and a lot of things that most of us in Utah don’t agree with politically like riots and tearing down cities, are bailing on California and they’re coming to Washington County.

Two scenarios. Okay? Scenario number one, Trump wins. Okay? Well, when you watch this you’ll know if he won. The economy continues as business as usual. Why? Because we’re in a conservative state by and large. We’re in quite a conservative town. Probably like 80% of voters, I think that’s the number, register as Republicans. Okay, that’s scenario number one. Scenario number two is, Biden wins. I actually think it’s even better for St. George real estate, because a lot of folks that live in some of these climates that we talked about, political climates, who’ve already been like, “We should probably leave. We don’t like what’s happening with our state,” if they’re inclined to move to a conservative community, they’re really going to be inclined if the candidate that they’re not voting for wins. Okay?

Regardless of who wins, I think Washington County wins no matter what.

Who loses? I think California is hosed. Alright? Honestly guys, at some point they’re just going to saw down the edge and just push it into the ocean. I actually love the place. I love Disney. I have friends there. But we’re talking about Utah. I think that those types of places are going to lose no matter what. People are going to continue to flee and make this exodus, which is similar to the exodus to the suburbs in the ’50s when we have people coming back from metro areas and they’re going back to the suburbs, and even more rural than that.

We won’t even know what the outcome of the elections will be for months in the real estate market. If you’ve got questions about buying, selling, investing in real estate, or want to know what it’s like to live in St. George, Utah, I might be able to share something about this. Visit us at gostgeorge.com. That’s gostgeorge.com, and guys, have an incredible fall and winter, Christmastime, and Thanksgiving 2020. 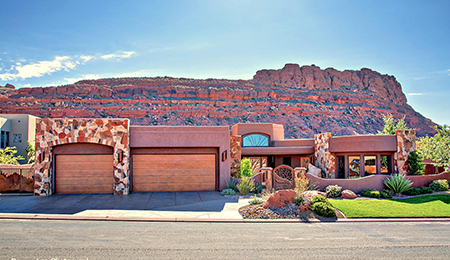 What’s Your St. George Home Worth?

Are you thinking of selling your home or interested in learning about home prices in your neighborhood? We can help you. 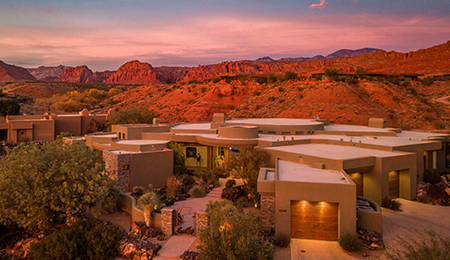 Looking for a St. George Home?

Search the entire MLS for your St. George home.

Check out our Radio Show! 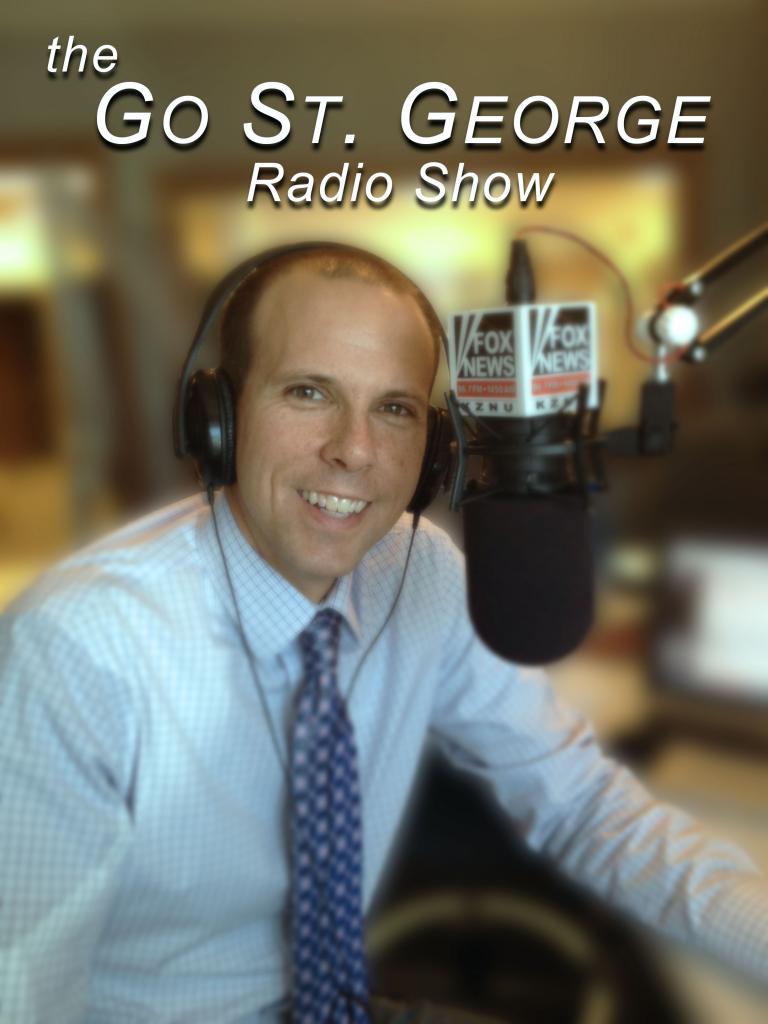 If you haven’t tuned in to GoStGeorge radio, you’re missing out. It’s all about Washington County Real Estate, Community Events and other issues that will affect our property values. 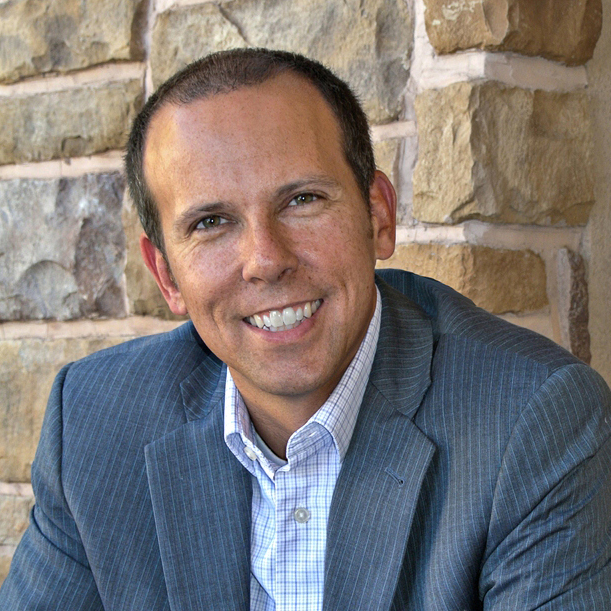 Delivering Pizzas and Papers to St. George neighborhoods before most Agents had even heard of the place, our slogan has aptly become “We KNOW This Town!”

It’s about more than just buying or selling, it’s understanding intimately the local culture, traditions and “vibe” of a given area. WE UNDERSTAND THOSE THINGS. INTIMATELY.

Hear what people are saying about us:

When I decided to sell my St. George town home I looked online for a Realtor. I found Jeremy Larkin's website and decided to use him. Jeremy is very organized and there was a lot of communication and feedback. He was able to sell my townhouse in a week and a half. Jeremy re...

When I decided to sell my St. George town home I looked online for a Realtor. I found Jeremy Larkin's website and decided to use him. Jeremy is very organized and there was a lot of communication and feedback. He was able to sell my townhouse in a week and a half. Jeremy really did a great job! It was a very fast, easy transaction. Hire him!

We had a Realtor before we started working with Jeremy Larkin and they didn’t make any effort whatsoever. With Jeremy, I was incredibly impressed with the amount of time and effort he put into advertising my home. He is so knowledgeable about what he is talking about so I n...

We had a Realtor before we started working with Jeremy Larkin and they didn’t make any effort whatsoever. With Jeremy, I was incredibly impressed with the amount of time and effort he put into advertising my home. He is so knowledgeable about what he is talking about so I never felt like I was being misled. He really knows his stuff! He utilized everything he had from print, web, ads, and presenting it to brokers, which was above and beyond of what we knew before. Jeremy is a go-getter, he is nonstop, and he doesn’t just list it and wait for it to sell. He is interactive and he really pushes the sale. I would highly recommend him to anyone!

I was on the market to sell and I was just really impressed with Jeremy’s whole set up with the way that he showed that the property would be coming on the market. Evidently there was a guy who was already to go the minute we put it on the market and I really liked that. Th...

I was on the market to sell and I was just really impressed with Jeremy’s whole set up with the way that he showed that the property would be coming on the market. Evidently there was a guy who was already to go the minute we put it on the market and I really liked that. The fact that we didn’t have it on the market yet, but we showed that it was coming soon made it possible to have a buyer right away. We both knew the direction we were going in and that made me feel more at ease. He was on top of everything and he always kept me informed. I’ve never had another Realtor do what he has done for me. He sat with me and went through the way the whole operation would work. I really appreciated all the time that he spent with me. Jeremy was exceptional and he exceeded all of my expectations. He is so knowledgeable and he is one of the top Realtors in our area. He’s so easy to work with and I don’t think anyone would be disappointed with how he runs his operations.